Reputable Brands – from IVG to SMOK

E-cigs have been around for a while now. However, disposable vapes are now beginning to take over. People are beginning to buy more and more disposable vapes over traditional e-cig mods, pens, or pod systems, simply because it is ready to go and you don’t need to waste time setting the system up. 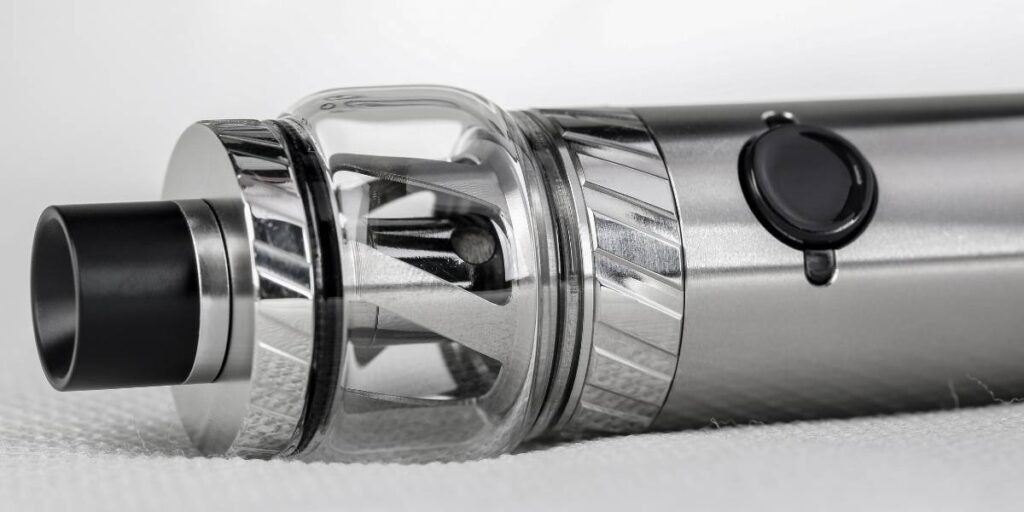 What is an E-cig?

An e-cig is an electric cigarette that doesn’t produce smoke, it produces vapor instead. Another word used for using an e-cig is the term; ‘vaping’. Pricing ranges from (approx.) £12-£80, however some systems can cost more. It’s all about preference.

You have an unlimited amount of puffs on your e-cig, so you can vape as much and whenever you please.

An e-cig is usually built up of a mod system/pen that uses a coil to burn the liquid that is a substitute for the tobacco used in an actual cigarette. You can buy e-cigs with external and internal batteries.

External batteries are a battery that can be removed from the system to be charged. This means that if your battery dies, you can always have a spare. An internal battery is a battery that uses a USB cable (normally) to charge the system. Unfortunately, this can be an issue because if your system runs out of charge, you can’t just change a battery to recharge your system, you’ll have to wait.

The Benefits of Using E-cigs:

No smoke, just vapour – unlike cigarette smoke, the vapour isn’t as dangerous to people around you. They don’t release any side-stream smoke, meaning that there is no unnecessary smoke being inhaled by the user. However, with cigarettes, there is a side stream that can be seen as inhaling secondhand smoke.

Helps people stop smoking – With all the different flavours that e-cig liquid has to offer, it entices people to buy e-cigs rather than cigarettes. The taste of a cigarette isn’t an enjoyable experience, whereas, the taste the e-cig liquids leave on your palette is custom to the liquid you chose to vape. The awful odour that goes hand in hand with smoking will be eliminated as the vapour doesn’t stick to you and your clothes half as much as a cigarette.

Accessible and saves money – Nowheredays, e-cigs are just as accessible to buy as cigarettes have always been. There are many online stores and general stores that sell e-cigs and vaping equipment. Various prices for different types of e-cigs allow them to be accessed by people with low income or high income.

Disadvantages of using an E-cig:

Can be expensive to replace if lost or broken – Although there are cheaper e-cig systems, roughly they range from £12 onwards. Most people’s e-cigs on average cost around £20-£30, which can be an expensive situation in the event of losing it or breaking it accidentally.

Setting up the system and maintaining it can be a process – With e-cigs, you need to maintain them by charging them, changing their coils at least every 1-2 weeks and topping up with liquid. Without doing all these steps, your e-cig will begin to give up and stop working properly. This can be an issue.

Not practical for on the go – As mentioned some e-cigs have external batteries which you have to charge and put into the system yourself. This would mean if you’re going anywhere that you will be using your e-cig, you’re more than likely going to need to take a spare charged battery and liquid to keep your e-cig topped up. This can create bulk. It can be off-putting to users sometimes having to carry all the equipment around with you.

Even though e-cigs are long-lasting with a great lifespan, people are now becoming invested in the relatively new form of vaping… disposable vapes. 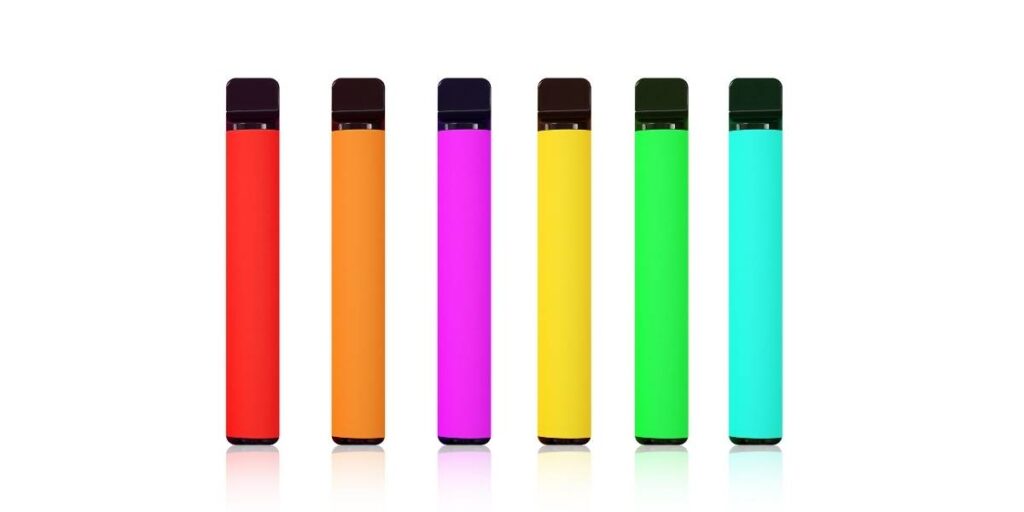 What is a Disposable Vape?

A disposable vape is a small device similar to an e-cig. However, it is already pre-filled with liquid, fully charged and features a built-in coil. They’re not rechargeable or refillable, meaning when the battery runs out you can just dispose of the device.

Disposable vapes have a rough average on the number of puffs you can get out of one device. The puff average is normally around 575 to 688 out of each disposable. A pack of cigarettes is about 400 puffs so you save money and get more for what you’re paying.

These devices are filled with 2% nicotine salts, which is equal to 20mg. Nicotine salts make it feel like you aren’t vaping 20 mg of nicotine as the formula is very smooth and doesn’t have a taste of nicotine at all. It feels as though you are vaping a 3mg liquid.

There are various brands of disposable vapes:

The flavours are amazing – Disposables have an 80% of flavour in the liquid that they pre-fill the throwaway vape with. This means you don’t have to worry about that burning coil taste or the nicotine taste. Not being able to taste the nicotine is great considering the strength of nicotine in them (2% nicotine salts).

They’re ready to go – You will no longer have to prepare your e-cig for if you’re going out for the day, on a night out or just popping to the shops. By not having to keep your disposable topped up with liquid and charged, you will have more time. Not only do you have time, you’re not having to carry a bulky device around with you as well as all the spare equipment you might need.

Small and simple – With the sleek design of the disposable vapes, it makes it a whole lot easier to carry around with you. Especially compared to a bulky e-cig. Due to them being small, they only produce a slight amount of smoke/vapour. This means it is less noticeable when you are vaping and makes others around you feel more comfortable knowing they’re not going to have a large cloud of vapour smoke blown near them.

They can become an expensive habit – With them being priced at £6 roughly and only having 600 puffs on average, they’re made to last 2-3 days at most. It all depends on how much you vape, how long of a hit you’re trying to get off a singular puff and the way you look after it. Due to these factors, some only last a day at most. If this is the case, you’ll almost be spending the amount you would if you were smoking actual cigarettes. E-cigs are the cheaper option for the long haul.

The experience is limited – With e-cigs you can change the airflow for when you are inhaling the vapour and you can change your flavour of liquid whenever you want. By changing the airflow you can have a tighter pull when inhaling the vapour (much like a normal pull on a cigarette would be) or you can have a loose pull which produces a large amount of vapour in very little time.

With disposables, if you wanted to change your flavour, you would have to buy an entirely new device. You could potentially get bored or not like the flavour you have chosen which is a waste of money then.

Stuck with the strength – There isn’t a various range of nicotine options when it comes to disposable vapes. This can be an issue because to some people 2% nicotine salts (20mg) might be too high. It can create headaches if you aren’t used to it. It’s all about if you think you can handle the strength. The flavour does mask the strength, as mentioned previously, but that doesn’t always mean you won’t feel the strength of the nicotine.

Accessibility and Fraud – Not all vape stores and vape websites sell disposable vapes, this can be an issue if yours runs out of battery and you need another one. You would have to know exactly where you can buy them from. Especially if in high demand, some places that sell them may raise the prices on them.

As well as knowing where to buy your disposables from, you need to know they’re real. When disposables hit the market, fake brands began making copies that used poor quality equipment and could be dangerous for people to use. Real brands and real products will have an authentication sticker that is personalized to their brand. For example; Elf Bars are very popular and have many different copies made, but the real ones have a gold sticker that is one of a kind for that brand. This helps identify fake vs. real copies.

It all depends on preference. Everyone has their preferences when it comes to any form of vaping…

Some use e-cigs that they’ve built themselves, others like normal e-cig systems and a lot of people are into using the disposable vapes lately. It depends on many different variants as to why each product is better than the other. Whether that be income, the type of vapour you want to produce or just the way the product looks.

We hope this helped you understand more about e-cigs vs. disposable vapes.

If you need any advice on choosing your preferred method of vaping, please don’t hesitate to contact us via telephone;

Or check out our store locations to find a store near you. 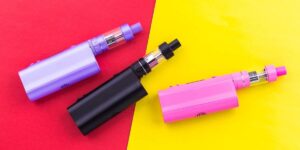 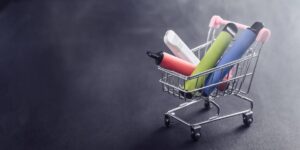 For the latest news and offers related to VapourHub 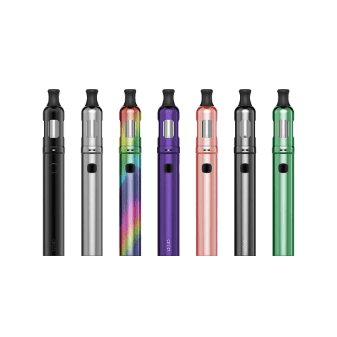 With multiple stores around the country, Vapour Hub Limited is one of the UK’s most rapidly expanding e-cig superstores. Take your e-cig to the next level with components and kits from some of the world’s most advanced and reputable brands in the industry.

This website uses cookies to improve your experience. We’ll assume you’re ok with this, but you can opt-out if you wish.